Jeffrey J. Kripal is the Associate Dean of the School of Humanities and holds the J. Newton Rayzor Chair in Philosophy and Religious Thought at Rice University, where he chaired the Department of Religion for eight years and helped create the GEM Program, a doctoral concentration in the study of Gnosticism, Esotericism, and Mysticism that is the largest program of its kind in the world. He presently helps direct the Center for Theory and Research at the Esalen Institute in Big Sur, California, where he served as Chair of Board from 2015 to 2020. Jeff is the author or co-author of twelve books, eight of which are

with The University of Chicago Press. He has also served as the Editor in Chief of the Macmillan Handbook Series on Religion (ten volumes, 2015-2016). He specializes in the study of extreme religious states and the re-visioning of a New Comparativism, particularly as both involve putting “the impossible” back on the academic table again. He is presently working on a three-volume study of paranormal currents in the history of religions and the sciences for The University of Chicago Press, collectively entitled The Super Story. 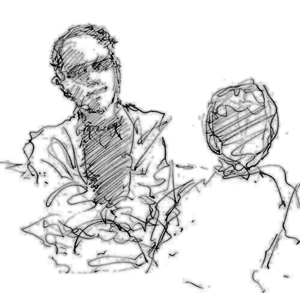 The purpose of this website is to present my work as a whole rather than as a collection of disconnected parts. As I have thought about this “whole,” I have become increasingly conscious of how deeply my thought is indebted to ancient Greek philosophy, particularly Plato’s two erotic dialogues, the Symposium and the Phaedrus, and Plotinus’s doctrine of the cosmic Mind or nous. This is true on both a substantive and a descriptive or historical level. Substantively, I now hold a philosophy of mind very similar to that which Plotinus apparently held, one that sees the body-brain as a “filter” or “transmitter” of consciousness instead of its producer. Descriptively and historically, I have been especially interested in how these same noetic currents were picked up and transformed by various early Jewish and Christian communities, with their emphasis on an innate and immediate gnosis or “mystical knowledge,” and transmitted to us today through the long and complex histories of Hermeticism, Western esotericism, Christian heresy, Mesmerism, Spiritualism, modern occultism, the mystical and countercultural receptions of Asian religions, and, most recently, metaphysical movements and paranormal currents like the human potential movement, New Age literature, and the psi-fi literature of figures like Philip K. Dick, Whitley Strieber, and Grant Morrison.

Here is where my own transhumanism appears. Or superhumanism. The French philosopher and ufologist Aimé Michel (well before Foucault or the transhumanists) called these other future mentalities “la pensée surhumaine ou non-humaine” (“superhuman or non-human thought”). And he compared the abyss that yawns between these other mentalities and our present humanities to the situation of a man trying to communicate with his pet dog. Michel also compared our situation to modern humans trying to communicate with chimpazees. The latter image is the closer analogy, he believed, since what appears to separate la pensée surhumaine from la pensée humaine of the present is an evolutionary leap. This, of course, was precisely Nietzsche’s point with his famous enigmatic line about the present human condition suspended, as a taut rope, between the ape of the past and the future Superman (Übermensch). Certainly it is no accident that Nietzsche, too, was deeply informed by ancient Greek culture, where gods become humans and humans become gods, and wrote openly about his own precognitive, mystical, and paranormal experiences that transcended space and time as we (falsely) assume them to be. The Superman was no mere metaphor for him. It was a constant possibility and reality.

Some might think that such thoughts are best left for the future, since they take us well beyond the imaginative possibilities and present institutional structures of the humanities in the university. I beg to differ. This is precisely what we should be doing—thinking of and practicing the humanities as the superhumanities, recognizing in the process that humans have long been striving to become superhumans.